New England Patriots running back Rex Burkhead is in the concussion protocol and did not participate in practice Wednesday, putting his status for Sunday's road game against the Jacksonville Jaguars in question.

Burkhead took a brutal shot to the helmet late in the second quarter in New England's win over the Texans. Kareem Jackson came from his spot at safety to lay a hit on Burkhead that forced a fumble with less than a minute left in the half. The Patriots recovered and eventually scored, but Burkhead remained sidelined for the remainder of the drive. He returned early in the third quarter, on the second Patriots drive of the second half. 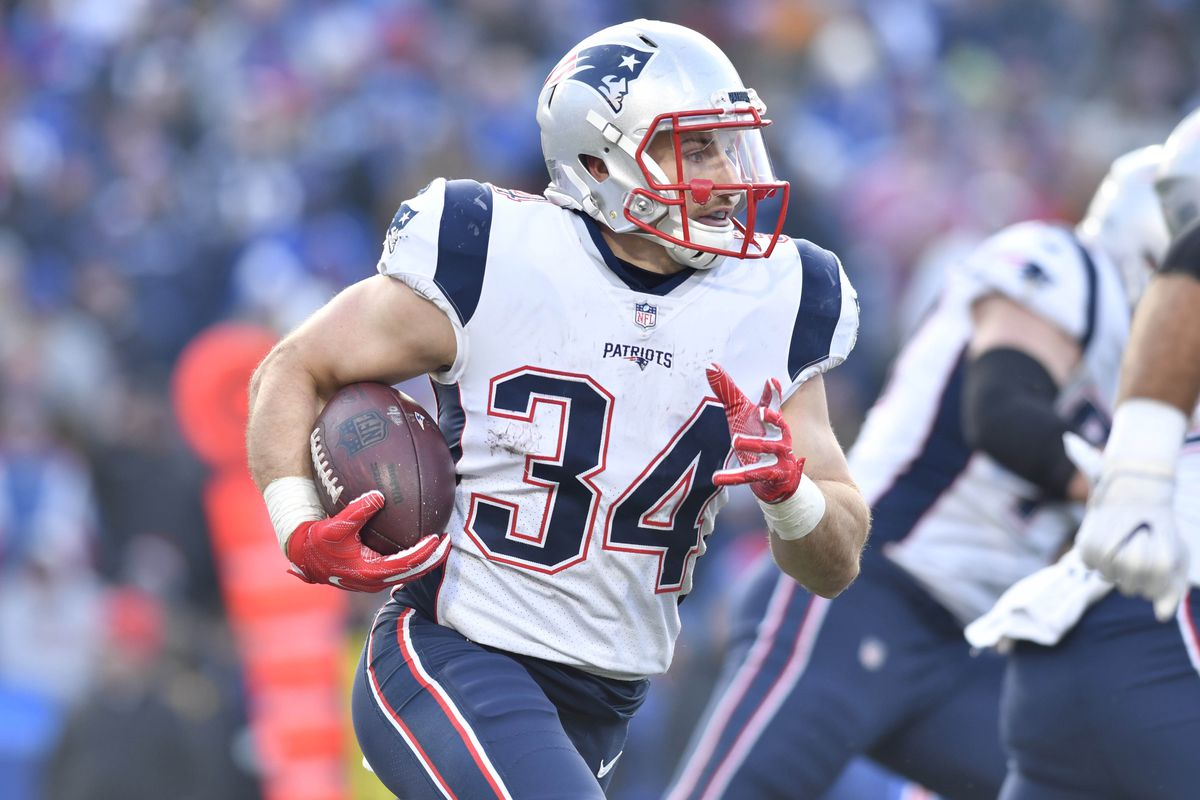 With Burkhead’s status unknown and with Jeremy Hill out for the year, a brighter spotlight shines on rookie Sony Michel. The first-round pick participated in a limited capacity on Wednesday, after he limited all of last week and was inactive for Sunday’s game due to a knee ailment.Michel told reporters on Wednesday that he's preparing as though he'll play Sunday in Jacksonville. "Every day," he said, "is all about progression."

The Patriots may need that progression to get to the point to where Michel can play this weekend because if Burkhead can't go, then there will be an alarming lack of depth among Tom Brady's offensive weapons.

At receiver, the Patriots have Chris Hogan, Phillip Dorsett and Cordarrelle Patterson. They also added Corey Coleman and Bennie Fowler on Tuesday. At tight end Rob Gronkowski and Dwayne Allen are available, but Jacob Hollister is dealing with a hamstring issue that kept him out of the season-opener and continues to limit him in practice.

Burkhead's value to the Patriots extends beyond rushing the football (he had a team-high 64 yards on 18 carries in the opener), as he is also a capable pass-catcher. With a thin situation at wide receiver, the Patriots put Burkhead on the field with White at the same time for more than 10 snaps in Sunday's game.